The city received a report from the Kizugawa City Finance Promotion Association regarding an outline of finance reform in the city.

Referencing this, I will continue to strive for a financially healthy city to leave to future generations. 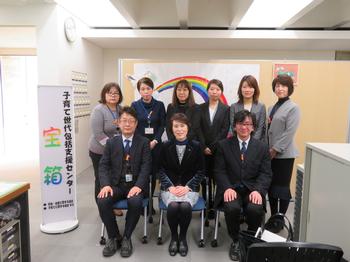 In order for city mothers to be or current guardians to get familiar with the services provided by the city, the Health Promotion Department in Kizugawa City Hall set up a Child Support Center named “Takarabako.”

We welcome you to stop by for a visit! At this year’s lecture, discussions concerning the restoration of Joruri-ji Temple’s garden and talks about the Yamatai and Yamato in Japanese history were held.

It was very intriguing to hear about the history of Kizugawa City and its cultural properties. In striving for better community development, I hope to spread this interesting part of our city to others. 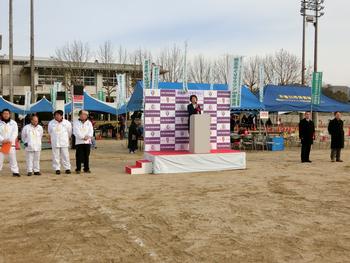 Many participants from all over the country, as far as Tokyo and as old as 77, came to run in this year’s Run Through History.

Thankfully, the weather was great and I think the runners greatly enjoyed racing through scenery of the Tono area. In a time some are saying is the 4th Industrial Revolution, I hope the Keihanna Science City undertakes developments that attract attention world-wide. I made an appearance at the Kabutodai area’s Tondoyaki festivities.

It was a wonderful event and Kabutodai residents of all ages seem to have had a fun time! I expressed thanks for their participation in making our city an energetic and comfortable place to live, and following the student produced saying “Making Our City Better With Our Own Hands.” 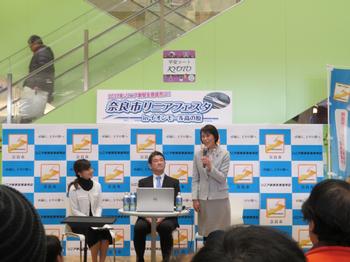 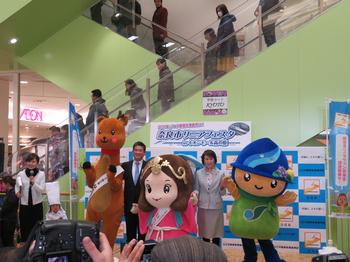 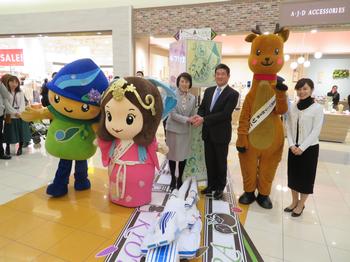 I expect the stations built near Nara according to the central bullet train construction plans will contribute to the development of the Kansai Science City Project and Kizugawa City. 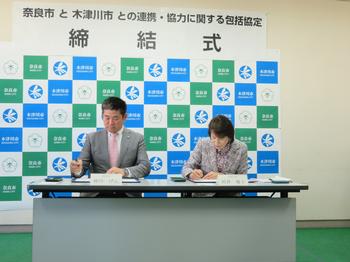 On this day, I signed a cooperation pact with Nara City.

This pact establishes Nara City and Kizugawa City, neighboring municipalities in the Kansai region, as cooperative partners in community development. I believe this agreement will allow us to continue offering and improving our city services for our citizens. This year’s Coming of Age Ceremony was held at Keihanna Plaza with 717 young adults participating in the important celebration.

I hope that these young adults hold their hometown Kizugawa City close to their hearts and with pride as they work hard and do what they need to do to achieve their dreams. With Department Chief Shiro at the helm, the Kizugawa City Fire Department held a ceremony for its first deployment of the year at Kunimidai Elementary School.

Let’s prepare ourselves for a natural disaster event by cooperating with the fire department and each other in disaster prevention efforts, and commit to making our city disaster ready. I provided the New Year address to our city hall employees, asking them to pool their skills and share their knowledge with each other to fulfill the many great responsibilities to our citizens.

To see the content of my address, please visit the “a word from our mayor” page.