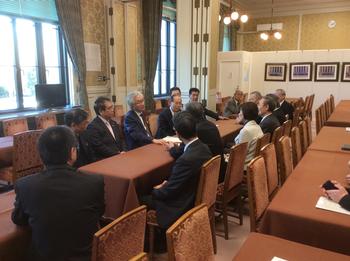 I campaigned for the extension of the Hokuriku Shinkansen Line to Kyoto and Osaka to the Senior Vice-Minister of the Ministry of Land, Infrastructure and Transportation Shinsuke Suematsu and the LDP Project Team for the Promotion of SHinkansen Development and Construction - Suruga City and Osaka City Segment Evaluation Committee Chairman Shoji Nishida. 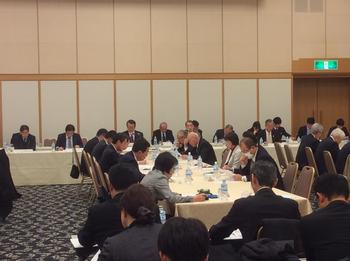 I attended a subcommittee meeting for agriculture policy held by the Japan Association of City Mayors' Economic Committee.

I and my fellow mayors from other cities received a debriefing on the Japanese Tourism Agency and Ministry of Agriculture, Forestry, and Fisheries' tourism policies, and exchanged opinions and ideas. 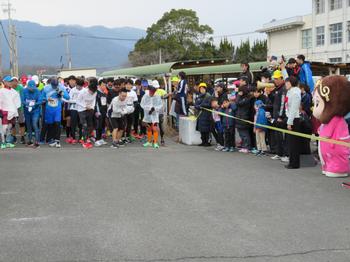 There were quite a number of participants in this year's marathon despite the cold air.

I hope they were able to feel and enjoy the nature of the Tono region whilst running! 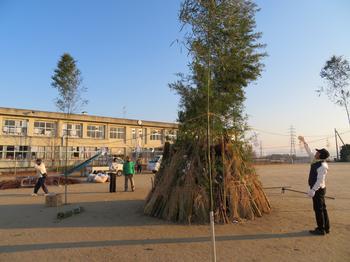 I dropped by Takanohara Elementary School to take a peek at this year's Tondoyaki Bonfire festivites.

It was a wodnerful affair that demonstrated the strong ties of the Takanohara community. I attended the opening ceremony of the Kamo Sightseeing Kiosk at JR Kamo Station.

In cooperation with the non-profit organization Furusato Guide and the Kamo area citizens, I hope this kiosk plays a role in conveying the appeal of our city to travelers. 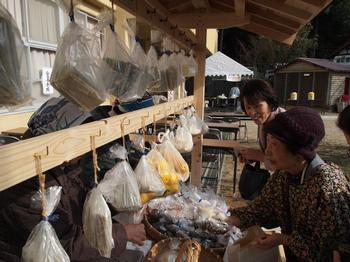 I stopped by the Tono Village Center to view the art, sculpture, flower arrangements, and patchwork of the Tono region citizens in this year's 2-day Tono Cultural Festival.

I'm particularly looking forward to their harvest of veggies and other foodstuffs later this year. We celebrated the transition into adulthood of 716 citizens at the Central Gymnasium with a coming-of-age ceremony.

I hope all of our new adults in Kizugawa City will continue to express love and pride for their hometown and participate actively in further developing our city. I will continue to cooperate with the fire department to ensure the welfare of our citizens in the event of a natural disaster. We set up our Izumi-hime background on the left of our entrance inside Kizugawa City Hall for everyone to take commemorative pictures.

Please feel free to take a picture the next time you stop by the City Hall! “Continue to practice fiscal responsibility in serving our city for the sake of our children and grandchildren.”

I opened the year with a message to our civil servants to continue to serve our citizens by making financially sound decisions and fulfilling their expectations.