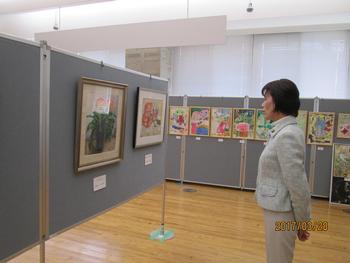 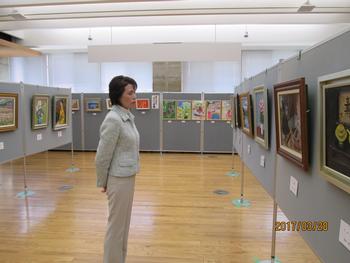 I took a look at the pieces included in this year’s Lifelong Learning Festival Kizu Lecture and Circle Presentation in the city hall’s Resident Activity Space.

They were all wonderful pieces I that I enjoyed viewing. 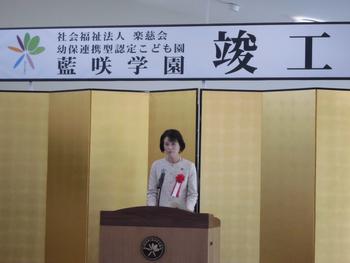 I attended the opening of the New Aisaki Preschool-Kindergarten. The school is authorized to operate as both a preschool and kindergarten.

I’m hoping it will be a school overflowing with the smiling faces of our city’s children. 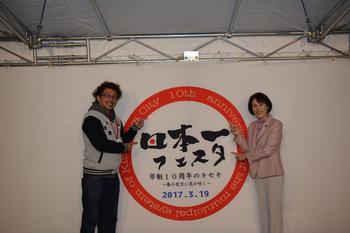 In celebration of our 10th anniversary as a city, the local Youth Chamber of Commerce and Industry held a “Nipponichi Festival” where participants could try their hand at making bamboo shoot burgers, partake in local cuisine, and support local businesses.

It closed with a great display of fireworks which was a wonderful crowd pleaser. 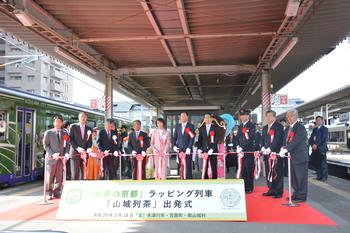 I participated in the unveiling of the “Yamashiro Ressha,” a themed train based on the tea industry of the surrounding area. The train contains hanging posters of the Ambassador for Kyoto Yamashiro AKB48’s Yui Yokoyama introducing the charm of the region and “Yamashiro Ressha” logo curtains that can be viewed while riding the train.

I hope this allows more people to experience the high points of the Kizugawa City, Kasagi Town, and Minami Yamashiro Village regions. 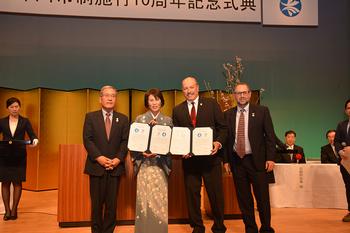 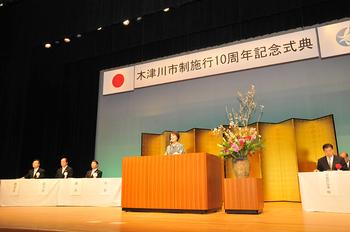 I celebrated our 10th anniversary as a city with dignitaries and citizens at ASPIA Yamashiro Community Center.

In addition to the award ceremony, we were graced with an anniversary concert by the wind ensembles of Kizu High School and Nanyo High School, a congratulatory lecture by Olympic synchronized swimmer Yumiko Ishiguro, and the presentation of the Santa Monica Friendship City Pact with representatives from Santa Monica, California, USA.

I would like to thank our emcees from Kizu and Nanyo High school, our Tea Ceremony Association for providing green tea to our guests, our Flower Arrangement Association for the flowers that decorated the venue, and all of our support staff that proved crucial in reining in our 10th year as a city. I attended the completion ceremony of the Yamashiro Police Box. An arm of the Kyoto Police force that has been protecting the regions citizens since 1975, it received a well-deserved renovation, which involved a full-scale rebuilding.

I hope this will help in continuing to fulfill their motto of “creating a living space of safety and peace of mind” to the people of Yamashiro and deepen the connection with the area’s inhabitants. 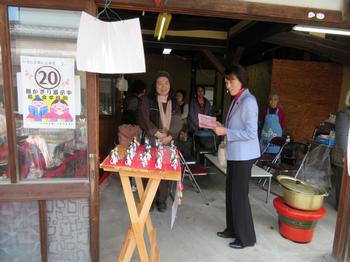 I visited Kamo Funaya for their Girls’ Day festival celebration.

Every year an elaborate celebration is planned and I am excited to see what they have in store for us this year. 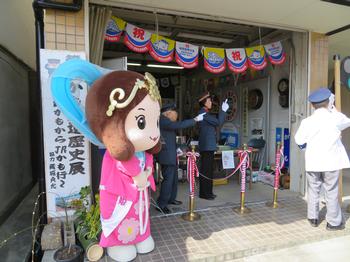 I had the honor of providing opening words and ribbon cutting at the Kamo railway history exhibition.

After the nostalgic experience of handing my ticket to the attendant to be punched, I viewed the locomotive and train signs, and other important documents displayed about the history of the Kamo railway. 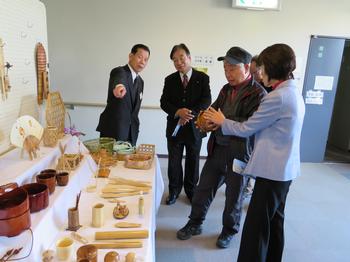 Upon giving the opening remarks of the festival, I had the pleasure of listening to each exhibitor’s stories and viewing their extraordinary works.

Following their slogan “Learning amongst friends and harmonious encounters,” I hope we in Kizugawa will continue to spread a message of peace.