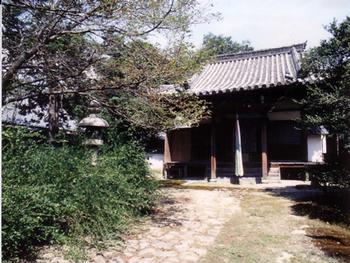 Daichi-ji Temple, previously known as Kyakuchu-ji Temple, was restored in Kanbun 9 (1669) through the efforts of the monk Honjaku after being granted the temple by Tofuku Mon-in. It is said that the temple was originally built to house a Monju Bosatsu statue carved out of a left over wooden post from a bridge constructed in the Nara period by the monk Gyoki. It was renamed Kyakuchuzan Daichi-ji after Honjaku’s restoration.

The temple grounds of Daichi-ji is revered as the only intact example of a mid-Edo period temple layout in the Minami Yamashiro region and is a registered cultural property of Kyoto prefecture.

This depiction of the 11-Faced Kannon was made at the end of the 10th century during the Heian period and stands at 109.1cm. Carved out of a single piece of wood, the statue has a soft expression and dons arm bangles. Its antiquity can be observed through its lack of uchiguri (hollow inside of a statue). 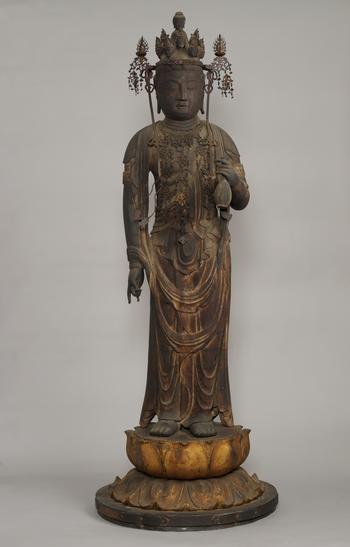