While its official name is Wakiniimasu Amenofukime Shrine, it is known by its shorter name, Wakidenomiya Shrine. According to temple legend, the temple was originally built in Watarai-gun, Ise-kuni (present day Mie Prefecture) in the year Tenpyo Jingo 2 (766), and was subsequently transferred to its current location.

Farmers of the area have long worshipped the deity of this temple as a bringer of rain. The Igomori Festival, a parish event held since the middle ages, is designated as an Important Intangible Cultural Property of Japan. 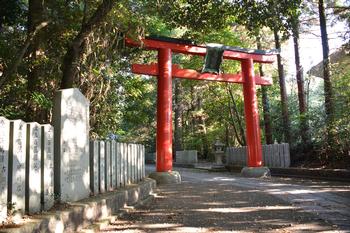